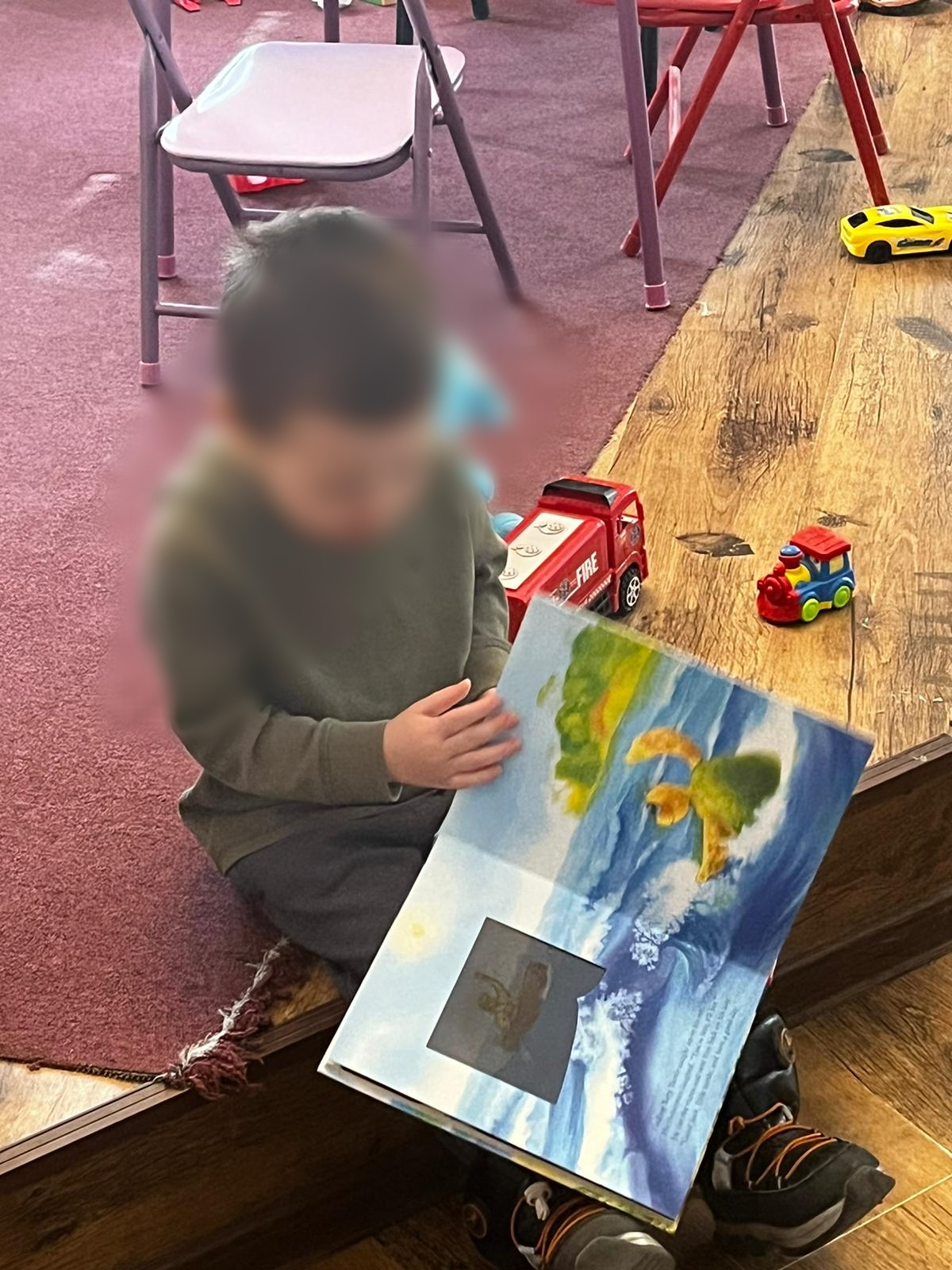 Our project leaders in Iasi wanted to send this message to you, our donors and readers with regard to how they are coping with the situation of the Ukrainian war.

“We start this newsletter with joy, Christ is risen! We hope you had a happy Easter with your family and friends!

The wave of Ukrainians crossing Romania has increased, but unfortunately not so many reach NGOs or individuals, because the state, in its selfish desire to justify taxpayers’ money, takes them from customs and places them in tents, then it sends them directly to other countries.  Romania itself  is too poor to support so many people.  It is good that the weather has warmed up, because those tents do not have heating and hot water. 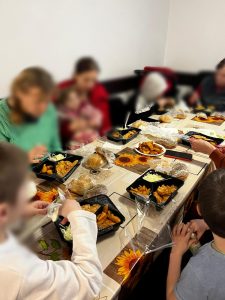 Before the start of the war we didn’t know much about Ukraine or the Ukrainians… since the war started and we have daily contact with the Ukrainians, we have noticed that they are people with a much common sense, who have a desire to help others, are very proud (not in a bad sense) and even if they have a need, they do not verbalize it, they prefer not to say anything, out of shame and pride, willing to do it through their own power.  Fore 3 weeks now we are housing a family where mother Liubova who is 47 years old with 2 adult daughters, a minor daughter and a 3 year old granddaughter – they are preparing their documents to go to Naples, Italy to continue their university studies there.  Liubova is a biologist.  We also have a 21 year old girl, who is very traumatized by the war; we go with her to ensure that she goes every week to see a therapist.  There have been about 60 more Ukrainians who came only in transit, staying between 1 and 4 days.  It’s so hard to see so many traumatized, suffering people, some who managed to run away with only a bag of clothes, others arrived barefoot… there is also the language barrier that gives us a lot of trouble…we would like to say many words to them, but Google translate is limited, so it is difficult for us from this point of view.

A new beginning. We mentioned in our last news update about the children who were abandoned in the orphanage and reunited with their mothers, once the war started. Now these families are in Oradea and they are very well cared for.  The mothers are going to get hired for work and the children have already started going to school, with Ukrainian teachers.

Easter this year had another way of celebrating, among Ukrainians, laughing and crying with them.  We (the team) are being missed by our own families, being away from morning to evening to serve the refugees in their needs,  some more urgent than others (transport, food, clothes, shoes, psychological counseling, socializing).  Being burdened with their problems becomes more and more difficult for us, but we try to balance our efforts and spend more time in our own family so we will not burnout.

Another month passed and again we paid 160 pounds, the rent of Mrs. Elena (who works at one of the largest confectioneries in Iasi), who, although she had been hired has only in the last two weeks received the documents for employment so that she could start to work.  As you can see, the bureaucracy is huge in Romania.  The employment documents last a month.  She really likes her job, she adjusts and she is happy that her boss and a co-worker speak Russian, so she has someone to talk to and she understands more easily what she has to do there. We have also bought her  some food supplies.

Unfotunately, the situation of the Ukrainians is starting to get worse, people are tired, they have consumed all their financial resources and they have 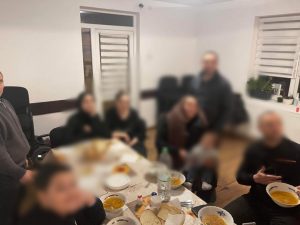 stopped supporting through their presence, accommodation, food and financial. Food, gas, gasoline and all other products became more expensive 3 or 4 times compared to the same period of last year. And we know that this is affecting the world.  It is a difficult period for all of us.  Although the Romanian state promises to help, and even a law has been issued by which every Romanian can receive from the state a small financial aid for food (3 pounds / day) and accommodation (7,5 pounds / day) for a maximum of 90 days, for each Ukrainian accommodated in the house, the help does not come.  Besides the fact that the bureaucracy reaches maximum rates (as an individual, in order to receive this money you have to submit 5 forms per month -for the Ukrainian, only on a certain date of the month, during which time it gets extremely crowded at state agencies) the money arrives at least a month after the submission of the documents – if they arrive – so far no one has received this money.  It is even harder for NGOs to get this money, requiring further supporting documents, including fire authorization, authorization from the Territorial Inspectorate of Emergency Situations (ISU), compliance authorization from the Public Health Directorate, authorization from the Sanitary Veterinary Directorate, necessary authorizations to be able to accommodation and food for Ukrainians…

People in Ukraine are still hiding in bunkers and wherever they can so as not to be affected by Russian bombs and projectiles. On the streets of Ukraine you see only women desperately looking for something to eat for themselves and their children.   The men are either already in the army or hiding so as not to be found and forced to go to war.

We still have the testimony of one Ukrainian who could not leave his country (martial law was introduced in Ukraine and no man between the ages of 16 and 63 is allowed to leave the country unless he has at least 3 children under 7 years old; all are called to battle, in the army) but his wife was staying with us for 2 weeks and after that she went to Germany. She is safe and the German state is offering help. Her husband testimony is:

“I have moments when I want to die. Although most of all I want to be with my son and my wife, to protect them and to be with them, but I am forced to be here.  My son will be 2 years old soon and I can’t even be with him.  My wife is in Germany, begging for help and protection from the war and I am here, not being able to help them.    Before the start of the war we were preparing to go on a holiday, I even took the luggage in the car, but the next day, the day we were supposed to leave, the war started,   My son’s name means “shine”, but the brightness of my eyes is gone, the brightness of Ukraine is gone.  I have no hope, it seems it’s over. ”

If you have been affected by this message from our project leaders but more so the message from Dima – please remember them in your prayers and if you are able please consider donating to our cause which will help the team to continue the amazing work that they are doing with the families from the Ukraine.  People Against Poverty – Donate now (cafonline.org) or scan the QR Code 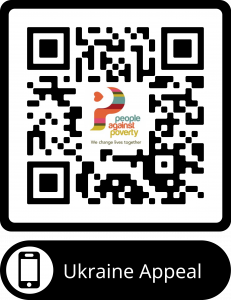 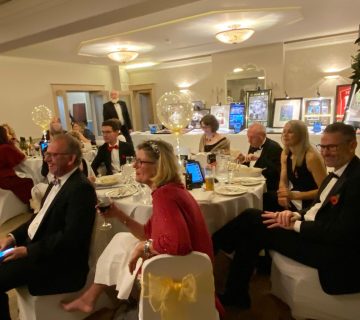 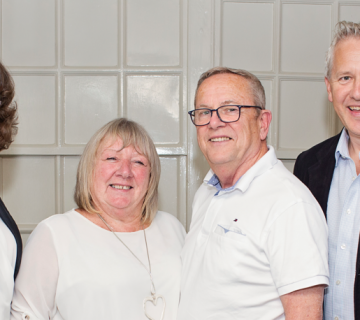 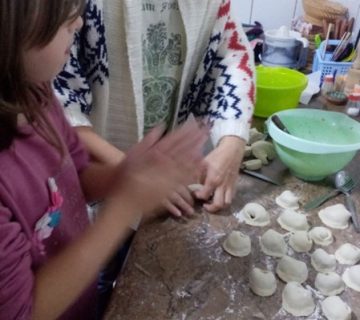